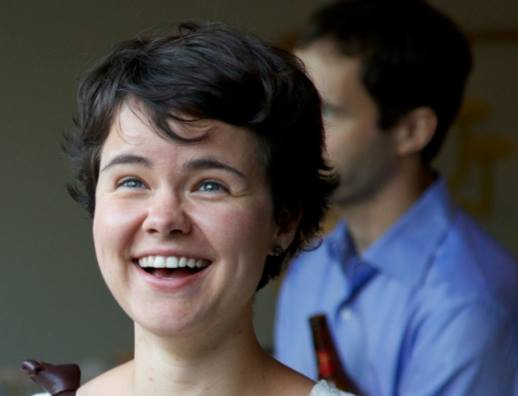 “To me, it’s not a matter of helping, so much as it is creating the conditions in which people can thrive. I helped to create the community I needed, and generally trust that the people who’ve lived problems are those best equipped to solve them.”

When Lennon Flowers was a senior in high school, her mother was diagnosed with lung cancer. Four years later, as Flowers prepared to graduate from college, her mother died. For years, she struggled to find language and spaces in which to talk openly about her mom’s life, death, and absence. She moved to Los Angeles in the spring of 2010, and it was there that she met Carla Fernandez. Carla’s dad had recently passed away. That Fall, the two sat down for dinner with four other women who’d all lost parents. That first dinner soon led to monthly dinner parties, andthey didn’t know it at the time, thus began a quest to change the very way we conceive of and talk about loss. In December 2013, Flowers, Fernandez, and a team of others launched The Dinner Party, setting out to turn loss from a source of isolation into a source of profound connectivity.

Today, The Dinner Party is a non-profit organization with more than 70 tables and 80+ hosts globally, bringing adults in their twenties and thirties who’ve experienced significant loss together over potluck dinners. Flowers previously worked for Ashoka, the world’s association of social entrepreneurs, serving as the Community Director for the Empathy Initiative. Her writing has been featured in Forbes, Elephant Journal, YES!, Open Democracy, EdWeek, and GOOD.