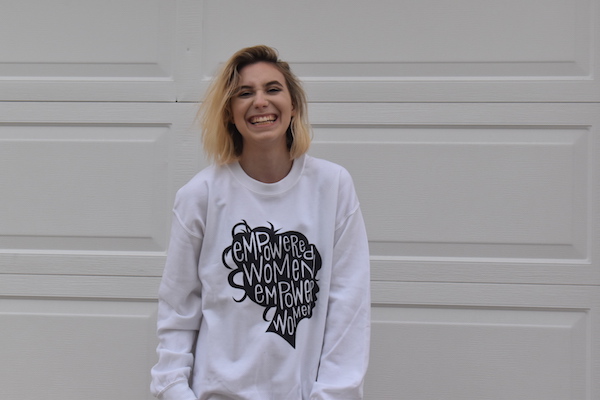 Advocacy: Health policy advocate and founder of an international community for young women with varying illnesses and disabilities

“I learned early on if I wanted to be heard, I’d have to raise hell and no one was going to come save me, I’d have to save myself. So I have.”

At age 12, Shira Strongin was suffering with an undiagnosed rare disease. While her classmates were focused on typical teen topics like boys and social media, Shira was dealing with dislocated joints, blood clots and spinal surgeries – not to mention co-morbid issues related to the syndrome. While she had the support of family and friends, it didn’t take Shira long to realize that many young people diagnosed with rare diseases could benefit from a support group of their peers who were facing similar struggles. But where to find that community was the question. At 18, Shira is an award-winning activist and writer. She was honored as the 2015 RARE Champion of Hope – Teen Advocate by Global Genes, is a recipient of the first Amelia Moore Sparkle Award for Compassionate Advocacy, and is one of 15 honorees of the Diller Teen TikkunOlam Award. Shira is also the founder of Sick Chicks, which started as a personal blog, but in 2015 became an international community working to empower and unite women with varying disabilities and illnesses. Sick Chicks encourages young women to speak up and save themselves through legislative advocacy, online support and in-person. Shira has a passion for speaking on topics such as disability rights, women’s rights and engaging the young adult community in advocacy.