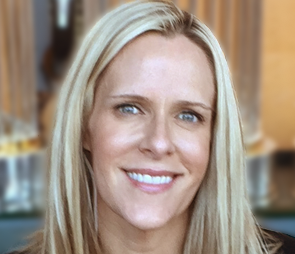 “My greatest priority is to be a strong voice for rare disease and to provide hope for my daughter, as well as all of the other children in the world, suffering from Wolfram Syndrome and other rare diseases.”

Wolfram syndrome is a rare genetic disorder that afflicts nearly 30,000 people worldwide. Raquel Gebel was diagnosed with the disease when she was just five years old. She developed insulin-dependent diabetes and eventually lost her sight due to the disease. Wolfram syndrome can also cause seizures and lead to hearing loss, breathing, olfactory, urinary tract and neurological problems. More than 60 percent of patients with the disease die before they turn 30.
There is no cure for Wolfram syndrome, but Raquel’s mother, Stephanie Snow Gebel, is working to change that.

“I’m a fighter. I’m a mama bear,” explains Stephanie. That’s why she created the Snow Foundation along with her brother, former San Francisco Giants first baseman, J.T Snow, to raise awareness about the disease. The foundation is the largest organization of its kind in the world and supports research to find a cure. The Snow Foundation has raised nearly $1.5 million to fund clinical trials for drugs that treat Wolfram syndrome and also provides support and resources for patients and their families.