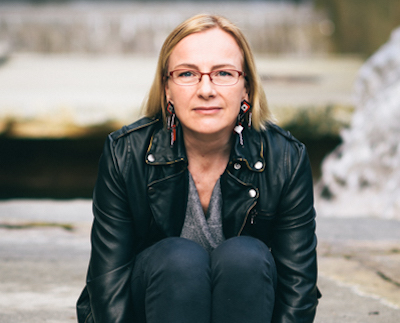 Advocacy: Uses fiction writing and blogging to provide hope to those with OCD

“Readers often say, ‘I’ve never told anyone this before…’ And the book clubs I visit turn into therapy. People need to share their experiences. The more we talk, the more we demystify the myth of insanity and feel less alone.”

Barbara Claypole White’s son was diagnosed with OCD at age 8, four years after he began exhibiting signs of anxiety. The path to diagnosis was long and tortuous, as was the impending battle ahead. Before coaching him in exposure therapy (ERP) and guiding him through several relapses, she had watched family members struggle with mental illness in secrecy and shame. She decided to teach her son a different approach.

Now an impressive young man and gifted poet, he has become her muse. His achievements, acceptance, and strength in managing a chronic illness inspire her to write hopeful family drama that chips away at stereotypes of invisible disabilities and focuses on the importance of community. Her debut, The Unfinished Garden, features a successful, charismatic hero with OCD. The In-Between Hour throws the spotlight on depression, and The Perfect Son, a Goodreads Choice Awards Semifinalist, introduces a father with obsessive-compulsive personality disorder. Echoes of Family tells the story of a complex business woman who happens to be manic-depressive, and The Promise Between Us—a Nautilus Book Awards Winner for books that foster positive change in the world—destroys myths about postpartum OCD. She is currently working on novel six, an uplifting father-son story about men’s mental health.

All her characters share two qualities: exceptional courage and belief in the mantra, “I am not my disorder.”