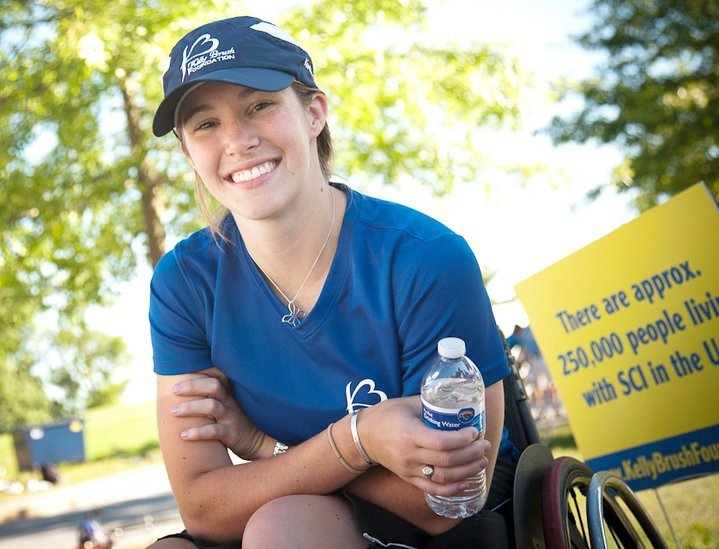 Advocacy: Started a foundation to provide adaptive sports equipment and increase safety in ski racing, the sport in which she was injured

“Through participating in adaptive sports after my injury, I proved to myself that life could be normal again. I want to share this hope with as many other people as possible and help those with paralysis get back to life through sport and recreation.”

Athleticism was in Kelly Brush’s blood, coursing through her veins just as it did her mother’s, an Olympic skier. No mountain was too tough in her eyes and before the age of 3, she was proving her prowess, entering competition by age 7. Who has long range plans at that age? Kelly Brush. She aspired to race for Middlebury College in Vermont and fulfilled her dream in 2004 as a freshman, joining the Division I team. One year later, Kelly’s dreams were shattered when a dramatic crash sent her careening into a lift tower, leaving her with multiple injuries, including a broken back and resulting spinal cord injury causing paralysis from the chest down. Skiing, and life, as she knew it then was over.

But Kelly’s story really begins after her injury. Challenged but not defeated, Kelly’s can-do spirit was focused as she and her family established the Kelly Brush Foundation in 2006, dedicated to empowering people with spinal cord injuries and improving safety in the sport of alpine ski racing. Her passion brings hope to others, and a chance to return to sports and recreation. Kelly has become a role model to many, personally demonstrating that with the right attitude and adaptive equipment, she can still ski, bike, golf, play tennis and even surf.