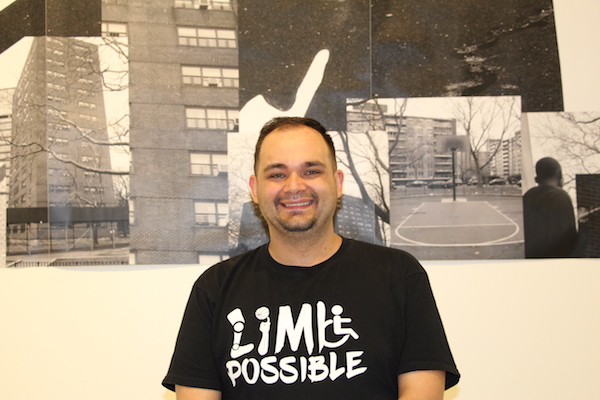 “I wanted to become an advocate because I can show the younger generation that with a good mind, heart and respect, anything’s possible.”

Patrick Filosa was born with neurofibromatosis, an inherited disorder of the nervous system that affects the development of nerve cell tissues, causing tumors to develop on nerves. Only about one in 3,000 develop the malady that caused benign tumors on Patrick’s spine that doctors removed at age 6. But Patrick was also born with pseudarthrosis, a condition characterized by deossification of a weight-bearing long bone, followed by bending and pathologic fracture. This disorder caused his left tibia to break twice, and since the breaks didn’t mend properly due to the disease, Patrick’s left leg became significantly shorter than his right leg as he grew. At age 23, Patrick’s left leg was amputated below the knee. After getting a prosthetic leg (with a New York Mets theme), Patrick searched for ways to make a positive impact on the lives of others facing similar circumstances. He began giving back to young amputees by participating in fundraising walks to support nonprofits like Camp No Limits, the only camp for young people with limb loss. And Patrick, along with other walkers, helped raise $10,000 for the Living Water Children’s Foundation whose mission is to ensure quality of life for orphans and other children in need. He’s not nearly done – Patrick says his goal ultimate goal is to raise as much money as possible for the cause.