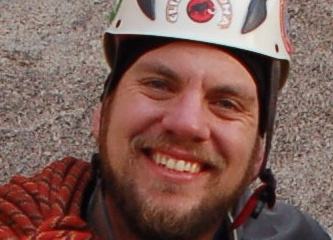 Adversity: Struggled with substance abuse and suicidal thoughts after serving in the U.S. Army

“Reaching out and helping others really has been the best way I’ve been able to help myself. It shares the burden of the struggle and helps create a journey towards a summit with others, rather than just day to day survival.”

From the outside, former U.S. Army Captain and Bronze Star recipient Stacy Bare seemed to be doing fine as he resumed civilian life after serving in Bosnia and Iraq. But as he was earning a master’s degree in city planning and urban design at the University of Pennsylvania, he began leading two separate lives. He struggled with substance abuse and suicidal thoughts before finding the courage to ask for help. “When you come home, you don’t want to recognize there’s anything potentially wrong with you,” Bare says.

A tower of physical strength at nearly 6-feet, 8-inches tall and 235 pounds, Bare is now on a mission to help veterans, service members and military families handle their challenges, post-traumatic stress and reintegration struggles by turning to the outdoors. He recalls how a friend dared him “to shut up and do something” about his depression, at which time he began rock climbing – and seeing a way for veterans and others to work through their grief and pain by connecting with each other in nature. As director of the Sierra Club’s Mission Outdoors program, Bare wants to fight veterans’ homeless, unemployment and suicide rates while keeping the beauty of the land open to anyone who wants to enjoy it. “What we’re doing outdoors is building a community of people who can climb and hike together, get outside together. Maybe they’re getting help from the VA or just feeling better, staying in school or staying in a job or networking with someone on the trail to get a job.”