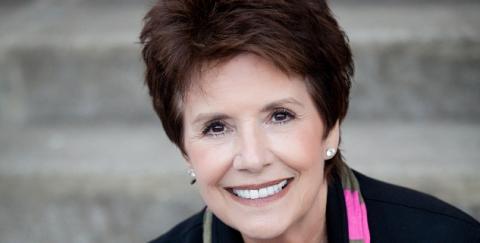 Adversity: Diagnosed with lung cancer in 2003

“Giving back in this way allows me to accept that my survival has meaning.”

Bonnie Addario has always been a champion.  By the time she was in her 50’s, she was running a large independent oil company and serving as the first female president of a powerful oil marketers association.  Nothing could stand in the way of her success.  But in 2003, Bonnie began experiencing a sharp recurring pain in her chest. Her doctor prescribed pain medication, but it soon became clear something was very wrong, and a full body scan revealed just what that was: Bonnie had a tumor on her lung, not far from her heart.  Before she knew it, Bonnie was undergoing surgery, chemotherapy, and radiation treatment.  In recovery, she found herself with a lot of downtime, and she used much of it researching cancer.  What she learned about lung cancer’s abysmal survival rate and systemic funding challenges upset her.  She knew she needed to do something.

Bonnie decided to become another kind of “champion”—the kind that fights for a cause.  She established the nonprofit Bonnie J. Addario Lung Cancer Foundation and went about raising millions of dollars to help fight lung cancer.  She made it her goal to educate others about the need for early detection.  And, through her fundraising, she made it possible for countless people to have access to sophisticated screening technology.  Today, BJALCF is recognized as the world’s largest philanthropy devoted exclusively to eradicating lung cancer, and Bonnie is recognized as a champion among champions in the lung cancer community.