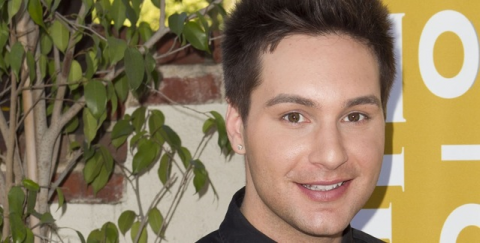 “Helping others keeps me on my toes. I can’t talk about, ‘Hey, you should not give into your obsessions’ and then turn around and give into them myself.”

Body Dysmorphic Disorder overshadowed OCD early on for Chris Trondsen. As early as age 7 he thought he had the worst acne he’d ever seen and by high school his preoccupation with his body image – along with depression – led to the use of alcohol and drugs. As a senior in high school, Chris’ OCD really took hold, exhibited by an obsession with cleanliness. Chris’ showers began lasting longer, to the point where mold began developing in his bathroom. That, coupled with a TV special he saw on toxic mold, convinced him that his family’s home was toxic, so he moved out at age 19. He didn’t know he had OCD until one 3 a.m. trip to the grocery store – he shopped in early morning hours to avoid being around people and because his days were spent on compulsions. “I was waiting for a cashier and found a teen magazine and a little article about OCD,” Chris says. “Then I reached out to my family and said I think I might have this thing called OCD.” His mother then became determined to find out what was going on with her son and to get him treatment. After about 100 calls to doctors, Chris finally found help with a therapist at the OCD Center of Los Angeles. “She said, ‘Yes, you have a bad case, but if you are dedicated to working your ass off and doing your best, I really do believe you can get better,’ ” he says.

Chris recalls a girl who was leaving treatment as he was beginning his and how her encouragement helped him through the ensuing therapy. He, in turn, has done the same for others. He joined a Yahoo online support group while in treatment and stayed on afterward to encourage others, reaching out to individuals and families impacted by OCD. He also returned to clinics where he had been treated, speaking to therapy groups. He joined the IOCDF speaker’s bureau and in 2010 began working with the Gateway Institute for OCD and related disorders. He will soon be involved with school outreach, educating teachers to look for signs that students may have OCD in hopes of catching the disorder early. All along, Chris remains available to those who need encouragement. “There are a lot of people integral to my success, and I would never turn around and completely abandon anybody,” he says. “I tell them, ‘No matter how sick you are, I absolutely promise you you’ll get better if you get the right treatment.’ ”