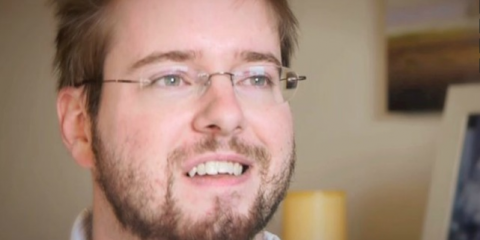 Adversity: Diagnosed with ALS in 2008

Advocacy: Raises funds for ALS Research through “Winning for Winston”

“By being an advocate for ALS research, I feel that I am making a difference for the future of anyone who gets the disease. It makes me feel good to be a part of all this.”

Michael Winston knew of the ravaging impact of ALS from a colleague whose best friend had the terminal condition. So Michael knew the prognosis when he, himself, was diagnosed with the disease at just 24 years old. “Oddly enough, one of the things I feared most in life before being diagnosed with ALS was getting ALS,” he says. “I thought it was about the worst thing that could happen to a person. Then I got it.” After the shock and horror of the diagnosis subsided, however, Michael continued living life to the fullest. “I traveled as much as possible until I couldn’t do it anymore,” he says. “I try to enjoy everything in life and impress the importance of this to everyone.”

At the same time, Michael has become a source of inspiration for others with ALS. He inspired the Winning for Winston (W4W) campaign, to raise funds for ALS TDI (ALS Therapy Development Institute), the leading nonprofit biotech company researching treatment for ALS. To date, W4W has raised nearly a half-million dollars for ALS research through annual Winning for Winston events, and smaller fundraisers and donations throughout the year. Michael is honorary chairman of the annual ALS Bike Trek fundraiser in Minnesota. He also serves as an ambassador to Young Faces of ALS.